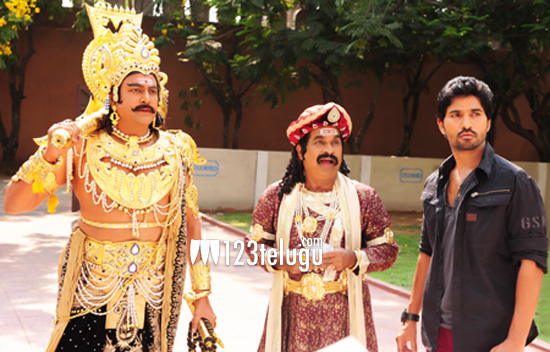 Yamaleela-2, the sequel to the hit movie Yamaleela has already been in the making for quite a while and the shooting of the film was wrapped up nearly a month ago. However, due to extensive CGI work required, the movie is being delayed. The team is said to be being extra careful about the graphics and they have been putting their all out efforts to make them look good on screen.

Yamaleela-2 has new comer K.V.Sathish playing the lead protagonist and South African model Diah Nicholas playing the female lead. Dr.Mohan Babu and Dr.Brahmanandam are reprising their role of Yama and Chitra Gupta respectively from the movie Yamadonga. S.V.Krishna Reddy is directing the film.