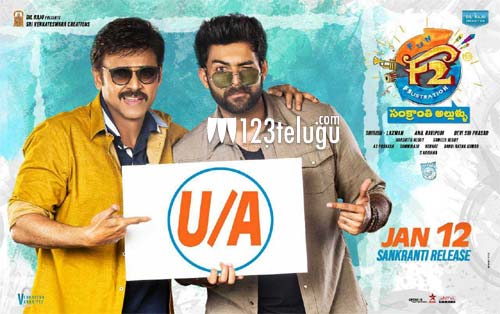 Dil Raju’s F2 has created a decent buzz and is coming on the 12th of this month. The news now is that the film has wrapped up its censor formalities with a U/A certificate.

As the film is coming in severe competition this Sankranthi, we need to see how well does it perform at the box office.