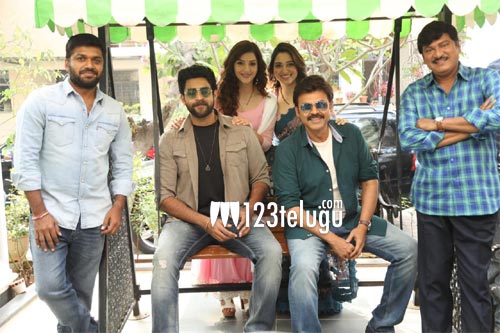 F2 is one film which has been in the news for some time now. The latest we hear is that the talkie part of the film has been wrapped up and only one song is left to be canned.

Ventakesh and Varun Tej play lead roles in this film which has Mehreen and Tamannah as the female leads. Anil Ravipudi directs this film which will be out on the eve of Sankranthi 2019.