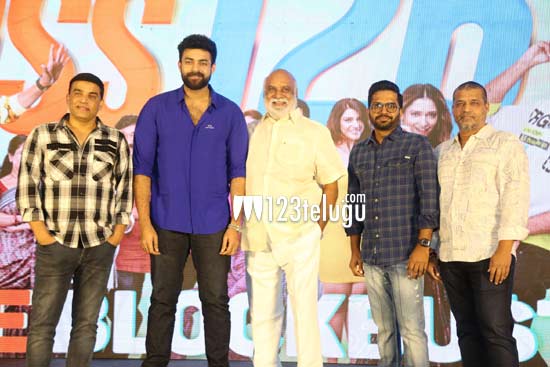 F3, starring Venkatesh and Varun Tej, is running successfully in theaters everywhere. Released 3 weeks ago, the movie has Tamannaah Bhatia and Mehreen Pirzada as the female leads.

Today, the makers have held a success meet in Hyderabad. During the event, the film’s director Anil Ravipudi thanked audiences for making F3 a blockbuster hit.

He said, “some people love my films and some don’t but what I know only is making cinema. While writing a script, I think about how a viewer enjoys a particular scene. I am always thankful to audiences who make all my films hit at the box office.”

“Post pandemic the way of watching a film has been changed, OTT platforms emerged and audiences are expecting much larger than life movies. In these tough times, we released our film and it became a blockbuster. Thanks to the audiences for giving us huge success after the pandemic. We are really proud of F3’s success,” stated Anil Ravipudi.

He also thanked Ravi Teja, Nithiin, Mahesh Babu and Allu Arjun for calling and appreciating him for the grand success of F3. Anil also thanked the entire team members for being supportive during the making of the movie. He announced that he will continue the franchise for sure and come up with his next with Balakrishna after 6 months.