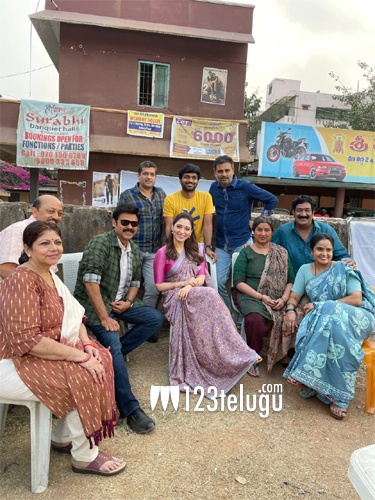 It is a known fact that the shooting of F3 is going on in full swing as of now. Venkatesh and Varun Tej have ready started shooting for the film which is being directed by Anil Ravipudi.

The latest update is that today, the hilarious comedy scenes are being shot. Artists like Raghu Babu, Annapurna, Tamannah, and the senior star cast of F2 have taken part in the shoot.

These family based scenes will be canned in the next few days as well. DSP scores music for this film that has music by Dil Raju.