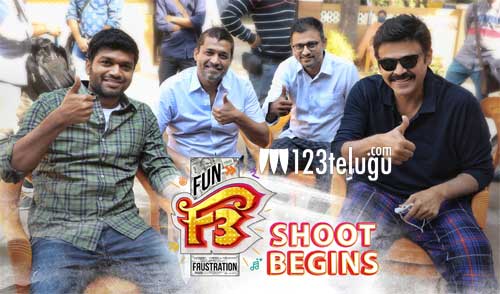 It is a known fact that Anil Ravipudi is making a film called F3 with Victory Venkatesh and Varun Tej in lead roles. The film was announced a few days back on a simple note in Hyderabad.

A few days back, we had already reported that a special house set is being erected in the Kondapur area of Hyderabad. The latest update is that the shoot kick-started today with a limited crew.

Victory Venkatesh took part in the shoot which is in full swing as of now. Some fun solo scenes on Venkatesh are being canned as of now. Dil Raju produces this film which has Tamannah and Mehreen in key roles.