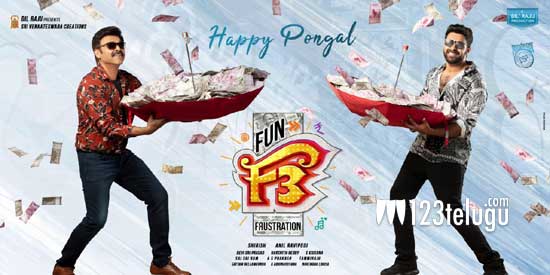 It is a known fact that the shooting of F3 is going on in full swing in Hyderabad. Venkatesh is doing the main lead in this film and he had revealed that F3 will release on Sankranthi 2022.

That means the Sankranthi 2022 is getting heated up big time. Already, Radhe Shyam, Sarkaru Vaari Pata, and Pawan-Rana films are set for a big Sankranthi release and now F3 has also joined the list.

Sankranthi is a season that can hold multiple films and that has been proved in the past. F3 is also a big film being directed by Anil Ravipudi and its joining the list has made things even mode interesting.