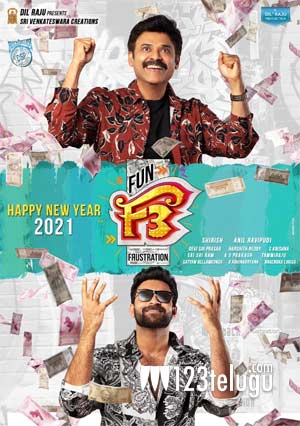 F3 is a film that has some of the star faces doing key roles. The shooting of the film has also started its shoot last week and is busy with its filming in Hyderabad.

As it is new year’s eve, the makers today, released a new poster with Venkatesh and Varun Tej in the leads. Shown in the poster are the two heroes excited so much about the money.

The script completely is centered around the money issues and hilarious comedy is written through it as per the latest update. Tamannah and Mehreen play female leads in this film that is being produced by Dil Raju.