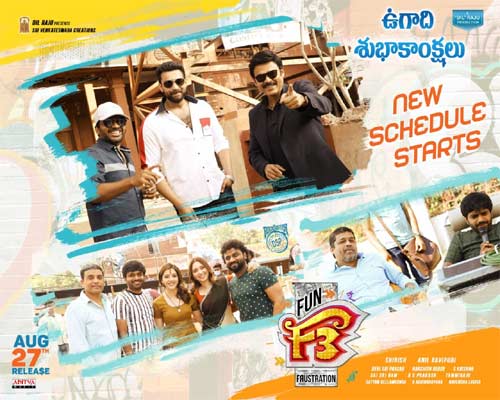 F3 is a film that many are waiting for eagerly. The film is directed by star director Anil Ravipudi and has Venkatesh and Varun Tej as the main leads.

The unit was busy with its shoot and took a small break as Venkatesh started to shoot Dishyam 2, Now, the latest update is that a new schedule of the film will start on the 15th of this month.

Dil Raju produces this film which has Tamannah and Mehreen in lead roles.