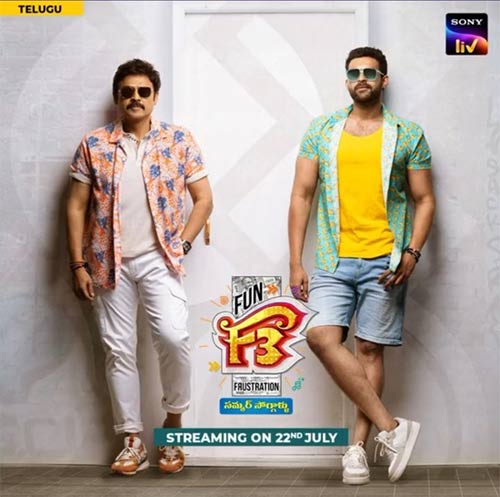 Dil Raju is a clever businessman. His new film F3 has become a grand success and made profits for all the parties involved.

The film’s OTT rights have been sold to Sony Liv and as per the news, the film will be out on 22nd July. The OTT giant offered Dil Raju close to 13 crores to stream the film early.