Upon being informed about the fake letterhead, Ajith promptly consulted his legal counsel and issued a public notice. Ajith’s counsel said that the actor will be initiating legal action on those who created his fake letterhead and even forged his signature.

The counsel also clarified that Ajith has no such plans to join social media and that the actor is not supporting any fan pages on social media. 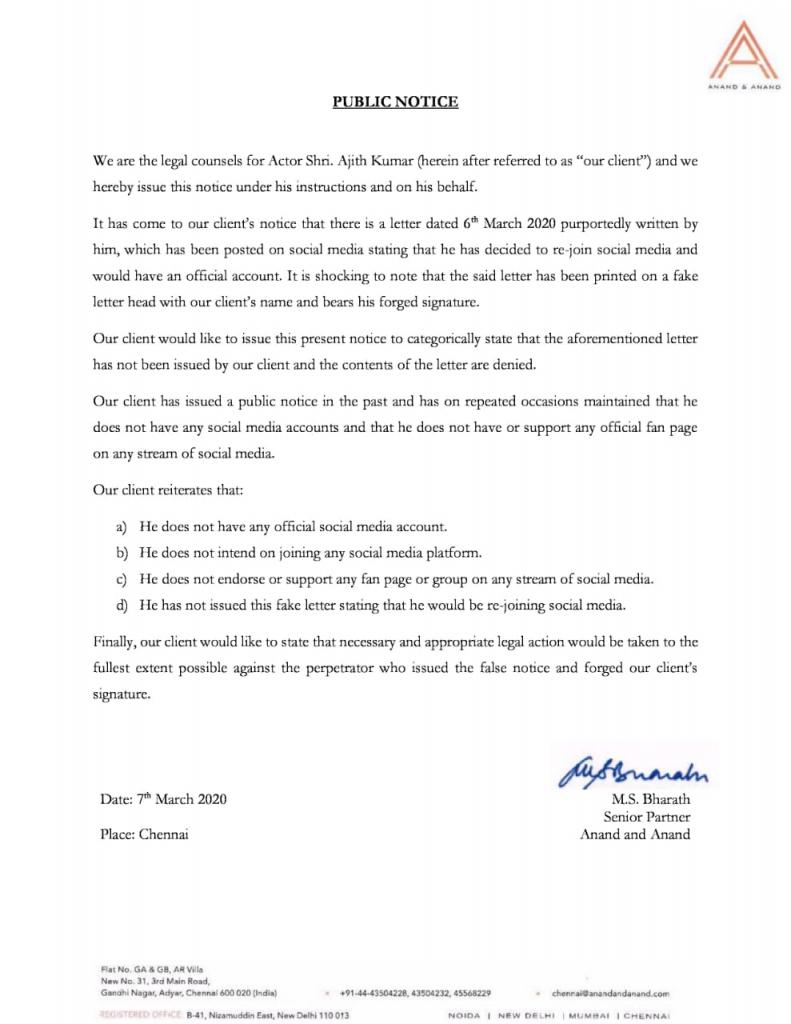