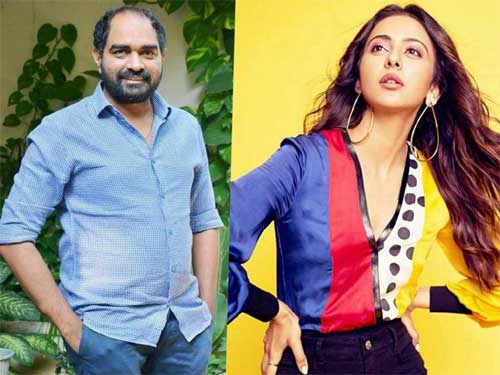 It’s well known that star heroine Rakul Preet and young hero Vaisshnav Tej are currently acting in an adventurous thriller under Krish’s direction. The film has a forest backdrop and the regular shooting has been underway at the Vikarabad Forest. The entire shoot will be wrapped up in a start to finish schedule.

Now, since afternoon, fake news of one of the film’s crew members being diagnosed with COVID-19 and the shoot coming to a sudden halt has been doing the rounds on social media. However, the film’s team has immediately busted the rumors and clarified that the shooting is progressing smoothly and that no crew member has tested positive for COVID-19.