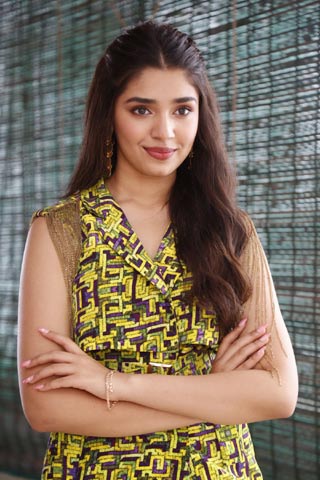 Krithi Shetty is promoting her new film Macharla Niyojakavargam that will be released next week. She spoke to the press today and revealed some interesting information.

Krithi says that by looking at the promo, one would think that the film is aimed at the masses. But the fact of the matter is that this film is for the entire family audience and many emotional scenes are executed in a superb way, says Krithi.

For Nithin too, this film is a key as his last film was a flop at the box office. SR Sekhar has directed this film which is set in Macharla, Andhra Pradesh.