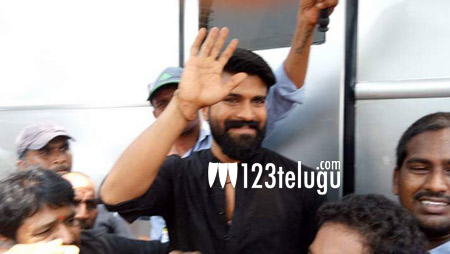 Ram Charan is a huge star and we all know that. He is currently shooting in the beautiful locations of Rajamundhry for his film in the direction of Sukumar. As soon as the local fans in that area came to know that Charan is shooting in that area, they raced to the shooting spot and mobbed their favorite hero.

The security personnel had to take control of the situation and then only things became normal. Some village based scenes are being shot currently and the film’s female lead, Samantha has also joined the shoot.

Mytri Movie Makers produce this film which has music by Devi Sri prasad.