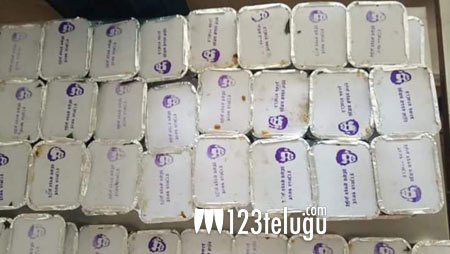 The Cyclone Gaja is wreaking havoc across coastal Tamil Nadu. At least 25 people have lost their lives and many injured in the heavy storms in areas like Nagapattinam, Pondicherry etc. State government authorities have been carrying out relief operations to prevent further damage.

Meanwhile, Super Star Rajinikanth has landed himself in a controversy due to his overenthusiastic fans and members of his political party Rajini Makkal Mandram (RMM). Several members of RMM have distributed food packets with Rajini’s face stamped to cyclone victims. This invited severe criticism from all quarters and many people blasted Rajini and his fans for seeking publicity in an insensitive manner.