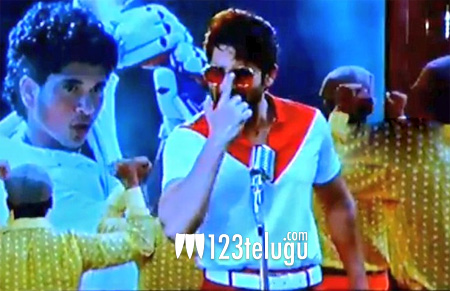 Last night, during Savyasachi’s pre-release event, the makers unveiled the video teaser for the much-awaited remix of the Ninnu Road Meeda Chusinadi Lagayathu song. Since then, fans have been raving about Chay’s energetic dance moves in the song. Nidhhi Agerwal sizzles alongside Chay in this peppy song.

Ninnu Road Meeda Chusinadi Lagayathu is a super hit mass number from Nagarjuna’s yesteryear blockbuster, Allari Alludu. The song’s original composer MM Keeravani has remixed it in such a way that it immediately turns out to be a chartbuster.