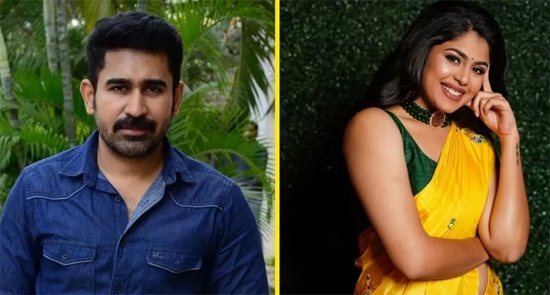 Faria Abdullah, who made her debut with Jathi Rathnalu became quite famous. Post this film, she got so many offers but Faria waited for the right film to sign.

Now, the news is that Faria has been chosen for a Tamil film that will have Vijay Anthony as the main lead. This is a bog project for Faria as it will release in five languages.

The film will be a period drama set in the 80s. The shooting is expected to start in the last week of May. Let’s see if this film changes the tide for her or not.