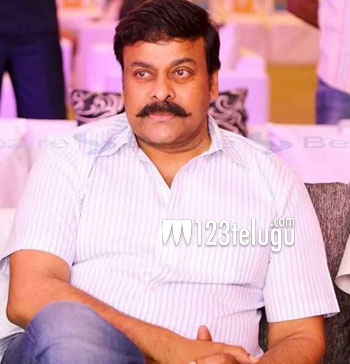 Megastar Chiranjeevi’s 150th movie is currently being shot in the outskirts of Hyderabad, near Chevella. Scenes involving farmers and their struggles are being shot right now and Chiranjeevi is taking part in the proceedings. The movie is being directed by VV Vinayak and Ram Charan is the producer.

The film’s title was originally rumoured to be Kathilantodu. Ram Charan has clarified that this is not the final title and since then, ‘Khaidi No 150’ is doing the rounds. So far neither Chiranjeevi nor Charan have issued any formal statement about this.

Devi Sri Prasad is composing the music and the film is going to hit the screens for Sankranthi 2017.