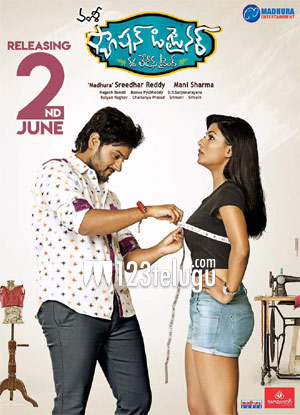 Senior director, Vamsi’s films have always been awaited quite eagerly. Off late, things have changed as none of his film managed to click at the box office. Loosing no hope, the maverick film maker is back with yet another interesting film called Fashion Designer.

The various singles of the film that have been released recently have caught on decently with the public and now latest update is that the film will be released on the second of June.

The unique posters have already raised curiosity and producer Madura Sreedhar is doing everything possible to make this film a decent success. Sumanth Ashwin plays the main lead in this film which is touted to be a village drama.