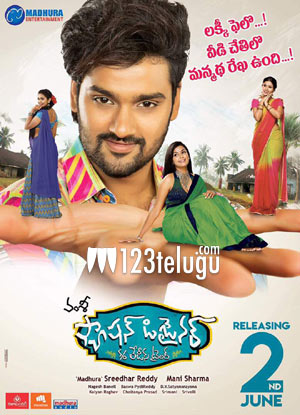 Senior director, Vamsi’s new film, Fashion Designer has been creating a good buzz with its audio songs which have been released one after the other. The latest news is that the pre-release event of this film will be held on the 22nd of this month.

Madura Sreedhar is producing this film which has Sumanth Ashwin as the main lead. The film is should in and around the Godavari regions and boasts of some fresh romance and comedy like in all Vamsy films.

The makers have decided to release the film on the 2nd of June all over.