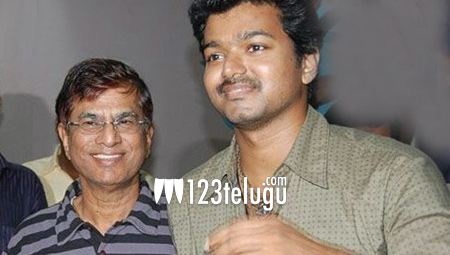 Star Tamil hero Ilayathalapathy Vijay, who has an impeccable fan following, reportedly tried to step into active politics several years ago, but dropped his plans for reasons better known to him.

Often, reports about Vijay’s political entry make headlines and become hot topic amongst his fans and the media. Even Vijay’s father and veteran director Chandrasekhar said recently​ that he has always wanted his son to enter politics.

However, Chandrasekhar categorically said that Vijay will not step into politics in the near future as today’s politics have become a murky business and Vijay has no place in such a shady world.