FCUK will be the entertainer for the year: Jagapathi Babu
Published on Feb 7, 2021 1:23 am IST 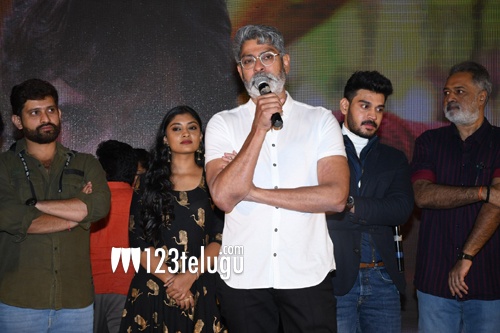 The pre-release event of Jagapathi Babu’s soon-to-release film, FCUK (Father Chitti Umaa Karthik) was held tonight. Speaking at the event, Jagapathi Babu clarified that the film has no obscenity at all and that they intentionality chose such a bold title to create a buzz for the movie and not to offend anyone.

Jagapathi Babu also said that audiences are waiting for entertainment and that FCUK will be the entertainer of the year. The actor further said he attended a party recently and that most of the guests were above 60. “Everyone at the party was telling others that FCUK is their film. It looks like everyone has a ‘story in the background’,” he said.

Also starring Karthik, Ammu Abhirami and Baby Sahashritha in lead roles, FCUK has been directed by debutant Vidyasagar Raju and produced by KL Damodar Prasad. The film is releasing on February 12.