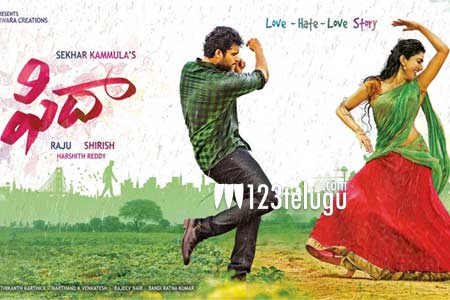 The mixed reviews for Gautam Nanda, Nakshatram and Darshakudu have given Fidaa yet another solid week to perform well. The film is doing superb business in Nizam and has already crossed the 12 crore mark which is even bigger than the budget of the film itself.

The film is doing strongly in other areas as well and Shekhar Kammula is promoting the film even more effective through his interview in the media. With this speed, the film will surely touch the 15 crore mark in Nizam.

Dil Raju is having the time of his life with back to back hits. Let’s see how much more money will this romantic drama collect.