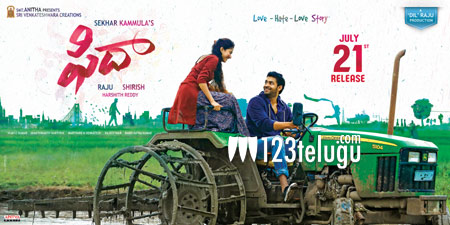 Varun Tej and Sai Pallavi starrer Shekar Kammula’s romantic drama, Fidaa, is now a million dollar baby in North America. The film, which collected $952,671 until Sunday, breached the $1 million mark within the first few of hours on Monday.

Fidaa is the first $1 million movie for Varun Tej, Sai Pallavi and Shekar Kammula, while it’s a hat-trick $1m film for its producer Dil Raju in 2017. Thanks to the ultra positive buzz all-over, Fidaa continues its dream run across North America. The full run figure is expected to be quite huge.