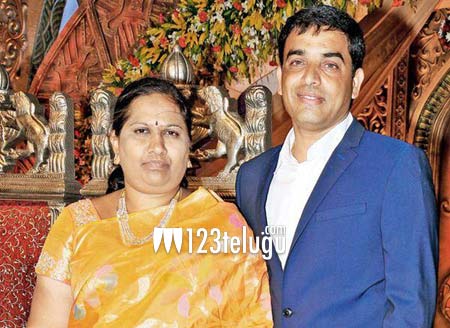 The last rites of popular producer Dil Raju’s wife Anitha were performed at the Vaikunta Mahaprasthanam Crematorium in Hyderabad this morning. Smt.Anitha (46) passed away on Saturday evening due to heart attack. Dil Raju, who was in the US to oversee Fidaa’s shooting, flew down to Hyderabad last night.