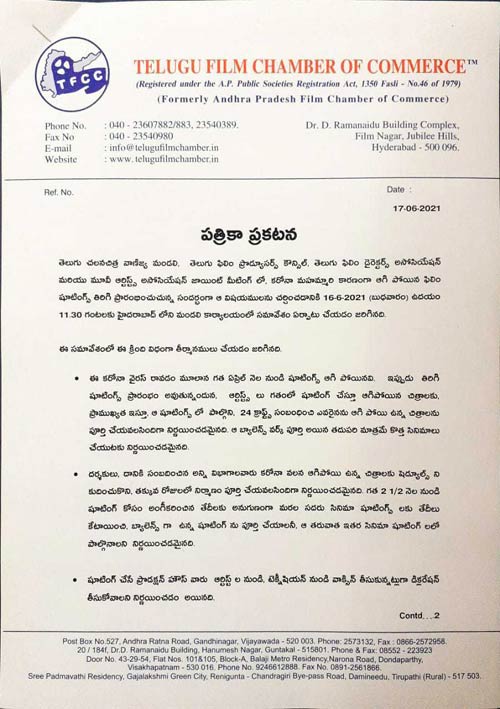 With the COVID second wave subsiding and the lockdown set to be relaxed further after June 20, the Telugu film industry is gearing up to return to normalcy after 2 months. Earlier today, representatives of the Telugu Film Chamber of Commerce, Telugu Film Producer’s Council, Telugu Film Director’s Association and Movie Artiste’s Association (MAA) met at the Film Chamber and formulated a set of fresh guidelines for the actors and technicians.

The new guidelines state that actors and technicians belonging to all the 24 crafts must give the first priority to the project they were working on before the shootings were stalled in April. Actors and technicians must sign new projects only upon the completion of their existing commitments.

Also, directors are told to reduce the number of shooting days and wrap up the balance shoot in a less number of days. Production houses are told to seek ‘vaccinated’ certifications from all the cast and crew members before employing them to resume shootings.

All the cast and crew members must get at least the first dose of the vaccine. Furthermore, the Film Federation and other affiliated film bodies must facilitate life insurance to all the members of the 24 crafts. 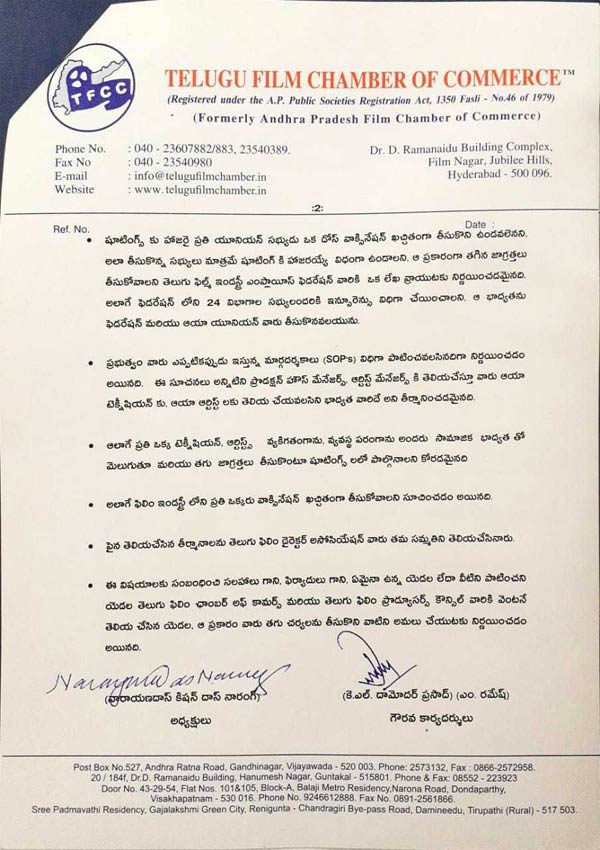