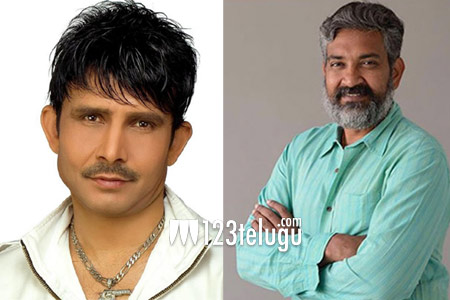 Kamal R Khan, aka KRK, has apologised to SS Rajamouli for his opinion on Baahubali 2 which created a lot of stir on social media. The actor-cum-critic has a huge fan following on Twitter and he is known for his no-holds-barred reviews which have irked filmmakers and fans over the past few months.

When Baahubali 2 had released, KRK trashed the film saying that it is terrible and that nothing is real in the film. Moreover, he went on to claim that producers were giving fake collection reports. KRK’s views had angered a lot of Telugu movie goers; however​, more than two weeks after the film released, KRK stepped forward saying that people have proved him wrong.

“I didn’t like the film, but people gave a big thumbs up to the film. The film collected close to Rs 20 crores on its third Sunday and it is definitely not normal. It is a blessing of God for Rajamouli,” KRK posted on Twitter.