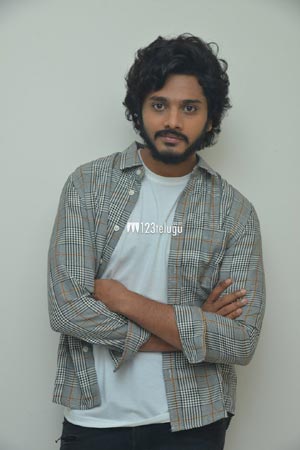 Young hero Teja Sajja’s romance thriller, Ishq, is gearing up to hit screens on July 30. The film’s unit interacted with the media at Ramanaidu Studios. Speaking at the event, Teja expressed total confidence in his film.

“Ishq is a different film and is coming up with a fresh concept and content unlike the regular format stories. It’s an edge of the seat thriller and audiences will be hooked to the thrill factor from the first scene to the last. A film like Ishq has not been made in Tollywood so far,” said Teja.

Teja also revealed that it was star producer Dil Raju who recommended him for his first film. “Now he (Dil Raju) is with us to extend support by allotting theaters. Good cinema always has Dil Raju’s support,” the young hero said. Also starring Malayalam young beauty Priya Prakash Varrier, Ishq has been directed by debutant SS Raju and produced under Megaa Super Good Films banner.