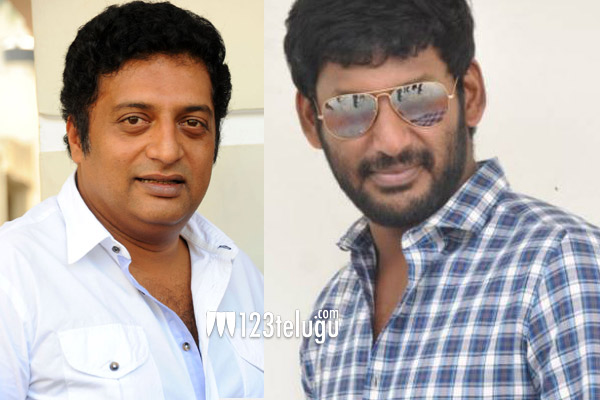 Joining hundreds of Tamil farmers who have been protesting at New Delhi’s iconic Jantar Mantar, film stars Vishal and Prakash Raj today took to the streets in Delhi, demanding the centre to bail out the draught hit farmers.

Both Vishal and Prakash Raj wore black shirts as a mark of protest and demanded the centre to quickly announce relief measures to rehabilitate the Tamil farmers who have been desperately looking for help since several months.

Both the actors hoped that their presence in the farmers’ protests will make the authorities act on the issue that has been neglected since a long time.