Film with Trivikram is not shelved: Venkatesh clarifies
Published on Jan 11, 2019 3:09 am IST 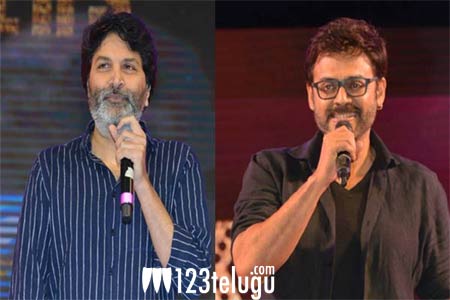 Last year, on senior hero Venkatesh’s birthday, producer S Radhakrishna of Haarika and Haasini Creations banner had made an official announcement confirming a film in the combination of Venky and Trivikram. However, there has been no formal update regarding the project since then.

With Trivikram teaming up with Allu Arjun and Chiranjeevi for his next two projects, there were reports that the Venky-Trivikram film was shelved. But, in a latest interview while promoting F2, Venky confirmed that his project with Trivikram is not shelved.

“We have only kept the project on hold temporarily as we did not get the perfect script. I am hoping that Trivikram will be coming up with the right script someday, and the project will immediately go on floors once everything falls into place,” said Venkatesh. F2 releases January 12.