Filmmakers should come up with more responsible films: CM
Published on Mar 26, 2016 9:16 am IST 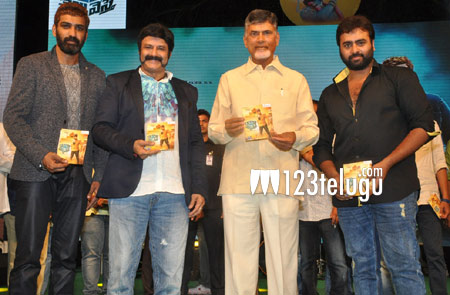 Speaking further, Babu said that until a few years ago, the Nara family only had political followers and that his family now has even filmy fans, thanks to Nara Rohith’s entry into films. Raja Cheyyi Vesthe’s trailer was unveiled by film star and Hindupur MLA Nandamuri Balakrishna.

Raja Cheyyi Vesthe also has Tarakaratna in a negative role, while Isha Talwar will be seen as the film’s leading lady. Debutant Pradeep Chilukuri is the director and Sai Korrapati is the producer of this film. Sai Kartheek scored the music for Raja Cheyyi Vesthe.