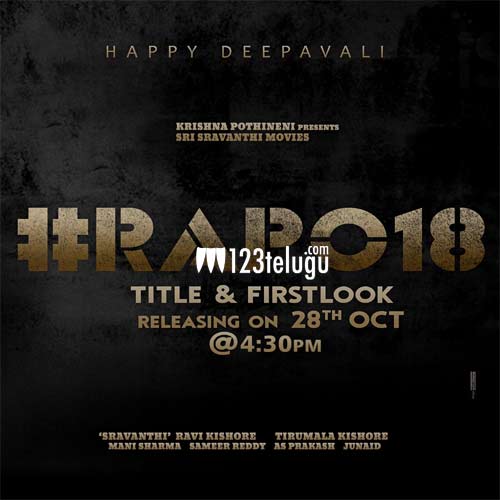 For a long time, the repeat collaboration of director Kishore Tirumala with Ram Pothineni has been in the news.

Now they have not only announced the news but also revealed that the film’s first look and title will be announced a day after Deepavali.

The film will have music by Mani Sharma and will be a production of Ram’s uncle Shrabanti Ravi Kishore.

Their last collaborations haven’t really managed to shake the box office. But Ram who is high on the success of iSmart Shankar might just surprise us again.