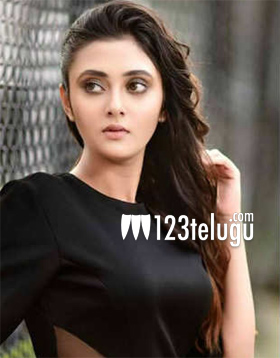 It’s well-known that Tamil star Chiyaan Vikram is going to introduce his son Dhruv as a hero. Dhruv’s debut film is titled Varma and it’s an official remake of the blockbuster cult romantic drama, Arjun Reddy. Expectations are quite high on this much-awaited launch pad project.

There has been a lot of buzz around the film’s leading lady. Even though the makers have wrapped up more than fifty percent of shoot, they still have not announced the actress who will reprise Shalini Pandey from the Telugu original.

But the latest updates reveal that Bengali model Megha has been roped in as the female lead in Varma. Cult Tamil director Bala is directing this highly-anticipated film and E4 Entertainment banner is bankrolling it.