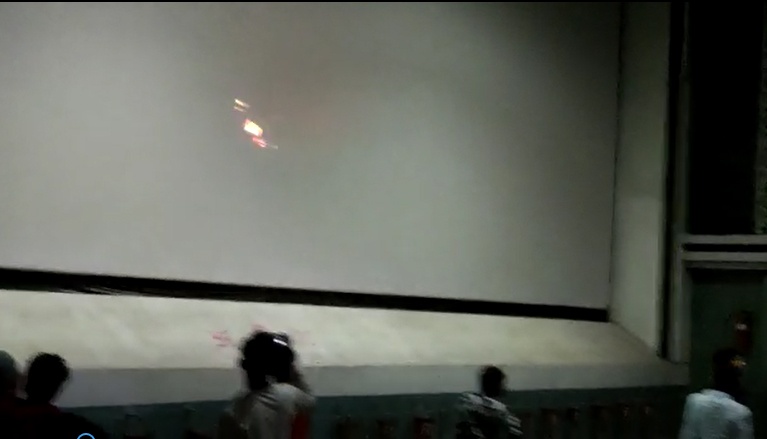 On one side, hero Balakrishna is setting the silver screens ablaze with his power-packed performance in his recently released film, Akhanda. And on the other hand, the sound system inside Ravi Shankar theatre that’s screening Akhanda in Srikakulam has caught fire, leaving fans and theater management anxious for several minutes.

In the middle of the screening, audiences noticed fire in the sound system behind the screen. This led to a chaotic situation and audiences ran out of the auditorium for safety. However, much to everyone’s relief, the theater management quickly brought the fire under control. No casualties have been reported in the incident.