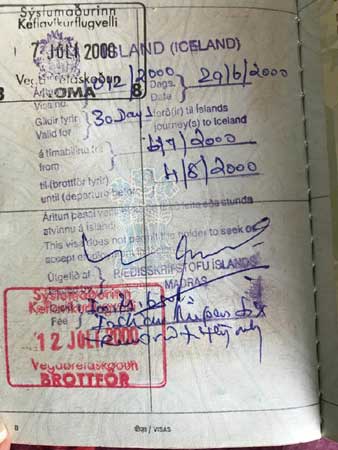 Indian filmmakers and even several Tollywood film units have been exploring Iceland over the years. But not many are aware that a Telugu flick, Jagapathi Babu and Rambha’s Choosoddam Randi, was the first ever Indian film to be shot in this picturesque Nordic country.

Today marks the completion of 2 decades since Choosoddam Randi’s team began its shoot in Iceland. The crew had shot from July 7 to July 12 in the year 2000. Gopi Krishna Narravula was the Line Producer and Foreign Shoot Coordinator who facilitated the shooting. The above image is the visa issued by the Iceland consulate in Chennai.