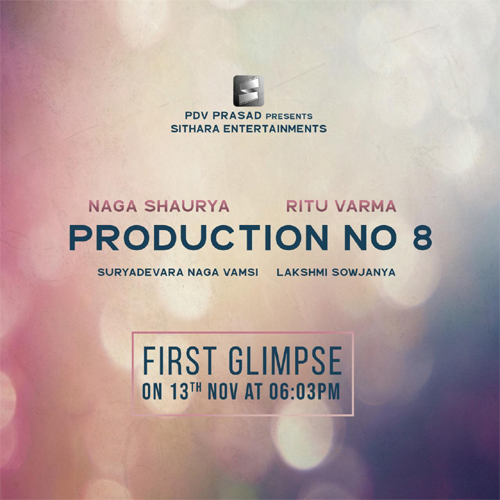 Young actors Naga Shaurya and Ritu Varma are currently acting in a romantic family entertainer, tentatively titled Varudu Kavalenu. The film’s shooting kick-started only last month and the makers are already gearing up to release the first glimpse.

The first glimpse will be out on November 13 at 6:03 pm. The interesting caption “The search is ON for “Mr. Perfect” to marry the beautiful Princess” hints that the film is about a wedding. The film is being directed by debutant Lakshmi Sowjanya and produced by Naga Vamsi under Sithara Entertainments banner. Vishal Chandrashekhar is composing the music.