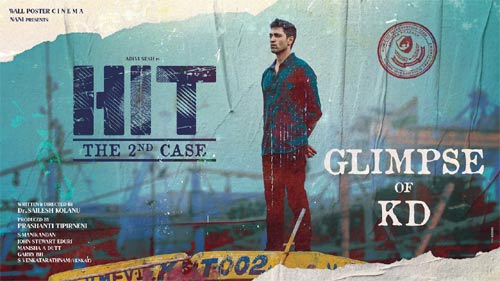 After gaining huge success with HIT: The First Case, director Sailesh Kolanu announced its sequel, HIT 2, having the actor Adivi Sesh as the lead.

Now, on the occasion of the actor’s birthday, the team has revealed a glimpse of Krishna Dev.

The glimpse revealed Adivi Sesh in a serious cop role, who is interrogating the baddies in his style.

Produced by Prasanth Tripirneni, the suspense thriller is being presented by actor Nani.

The shooting of the film is currently underway.

In the meantime, the director is busy shooting for his Hindi debut, HIT, with Rajakummar Rao.