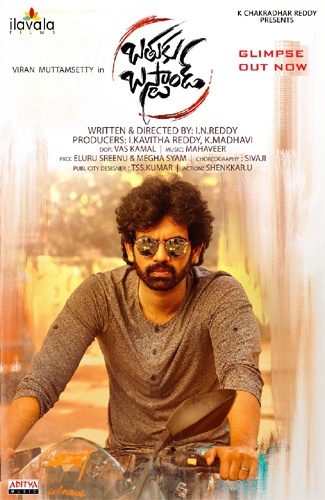 It’s been recently reported that hero Allu Arjun’s cousin Viran Muttamsetty is making his debut as a hero with the upcoming romantic action entertainer, Bathuku Busstand. After the first look poster that was unveiled on Allu Arjun’s birthday, the film’s first glimpse has been launched this morning.

Bathuku Busstand’s first glimpse video is action-packed and showcases Viran in a mass avatar. The film has young actresses Nikita Arora and Shruti Shetty as the leading ladies. Debutant I.N. is directing the movie, while I Kavitha Reddy and K Madhavi are jointly bankrolling it in I.N. Reddy’s presentation. Bathuku Busstand is releasing on June 11.