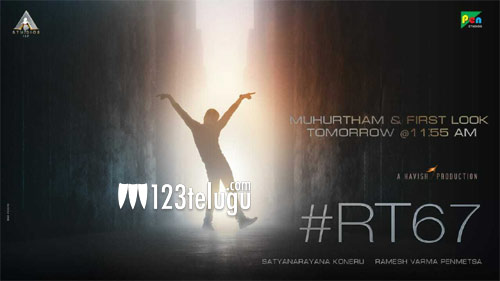 Hero Ravi Teja is all set to come up with exciting updates on his new film. This film marks Ravi Teja’s 67th project. To be directed by his Veera director Ramesh Varma, this as-yet-untitled film will be produced by Koneru Satyanarayana.

The film’s first look poster and muhurtham time and date will be revealed tomorrow morning at 11:55 am. Even though the makers are tight-lipped about the launch date, the buzz is that the film will be launched on November 2. Ravi Teja will romance two young beauties in this high budget entertainer. Stay tuned for further details.