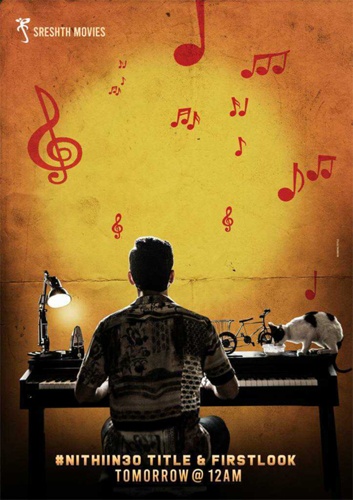 It is a known fact that hero Nithin is doing a film that is the remake of the Hindi hit, Andha Dhun. The film is being directed by Merlapaka Gandhi and has Tamannah as the main lead.

The film’s pre-look is out and the proper first look and title of the film will be out at 12 Am tomorrow. The shooting of the film is halfway through its shoot.

Nithin has changed gears and will be seen as a blind man in the film. The film is a crazy crime drama and we need to see how it comes out in Tamil.