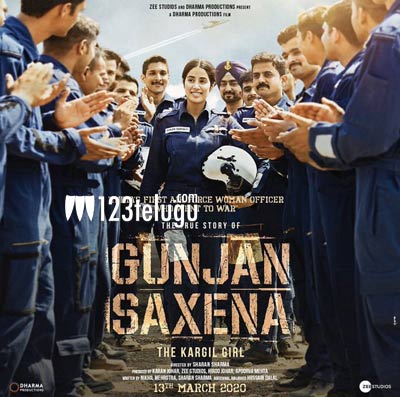 Some time back we had already reported that Janhvi Kapoor is doing a biopic on famous Indian pilot Gunjan Saxena who fought the famous Kargil war.

The film is complete and will now release on the 13th of March 2020 in a grand manner. Directed by Sharan Sharma, this film is being jointly produced by Zee Studios and Dharma Productions.

For Janhvi Kapoor, this is a big film as she is doing a performance-oriented role for the first time in her career. Let’s hope that she impresses everyone in her second outing.