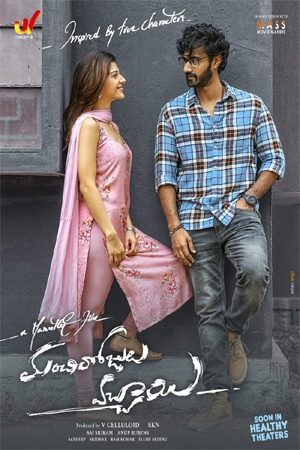 It is a known fact that Santosh Shoban is doing a film in the direction of star director Maruthi. Some time back, we have reported that the film has been titled Manchi Rojulu Vachyayi.

As reported, the makers have confirmed the title today with a simple yet effective poster. Santosh Shoban and Mehreen are seen in this poster which looks vibrant.

What’s special is that the film will be out in theatres soon. During the launch, things were reported in such a way that this film will be an exclusive OTT release. SKN and V Celluloid jointly produce this film which has music by Anup Rubens.