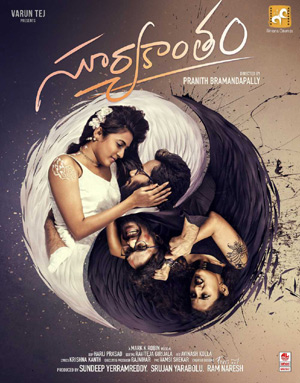 It is a known fact that Niharika is doing a film along with Rahul Vijay who is the son of fight master Vijay. The film has completed its shoot and the first look is out and the film has been titled Suryakantham.

The first look is pretty decent and showcases the lead pair in an interesting manner. Leading US distribution house, Nirvana Cinemas are producing this film.

This romantic drama is quite key for Niharika who is looking for a good hit in her career. Pranith Bramandapally is directing this film which will be out in early 2019.