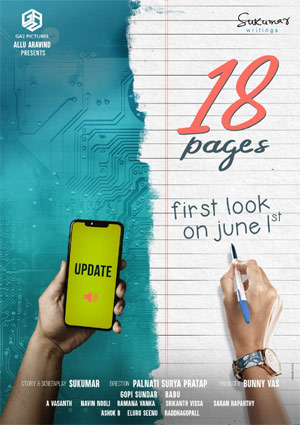 Titled 18 Pages, the film is done with half of its shoot already. The update is that the first look of the film will be out on the 1st of June in a geand manner.

Being directed by Surya Pratap, 18 Pages has its story and screenplay provided by Sukumar.