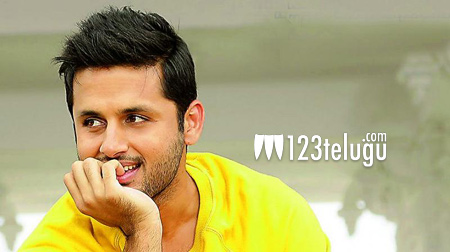 It is already reported that Nithiin is currently working on a project with KVPG director Hanu Raghavapudi. This film has already completed 50 percent of its shooting and the unit will be leaving for the US soon for a major schedule.

Now, the latest update is that the first look poster of the film will be unveiled on March 30th, on the eve of Nithiin’s birthday. Touted as a romantic entertainer, this yet-to-be-titled flick is bankrolled by 14 Reels Entertainments banner.

The movie stars young starlet Megha Akash, Action King Arjun and Sriram in prominent roles. Manisharma is scoring for this film, which will hit the screens in late summer.