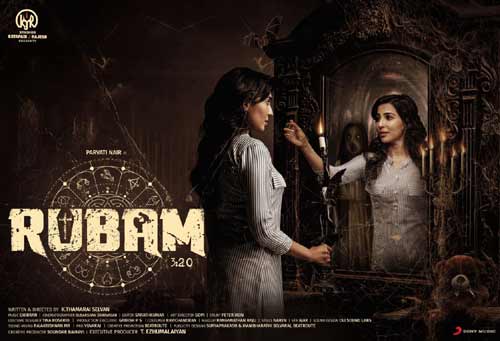 Young actress, Parvati Nair has been attracting the youth by posting some teasing poses on her official Instagram account in recent times. On the professional front, Parvati is currently working on a female-centric supernatural thriller.

Meanwhile, this afternoon, the makers of the film have unveiled the title and first look poster of the film. Titled Rubam, Parvati Nair has been showcased as a reflection image of a broken mirror which is receiving a positive response.

Being directed by Thamarai Selvan, KJR Studios is producing the movie. Ghibran is the music composer.