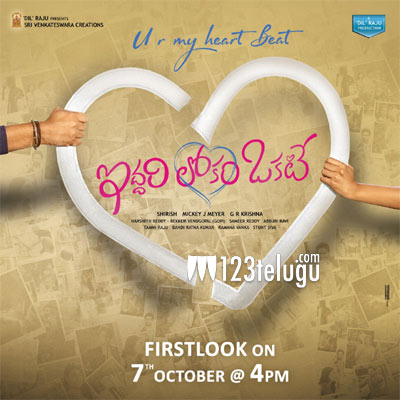 The first look of Raj Tarun’s upcoming film, Iddari Lokam Okkate is all set to be unveiled on October 7. Directed by G R Krishna, the film is being produced by Dil Raju’s SVC Film production. Shalini Pandey is the lead actress in this romantic entertainer.

Raj Tarun had earlier acted in Lover, which was also produced by Dil Raju. This time, the makers are leaving no stone unturned to score a hit at box office. This is also the first time that Raj Tarun and Shalini Pandey will be seem together in a film.

Mickey J Meyer is scoring the music for this film which reportedly is a love story beyond love. More details are awaited.