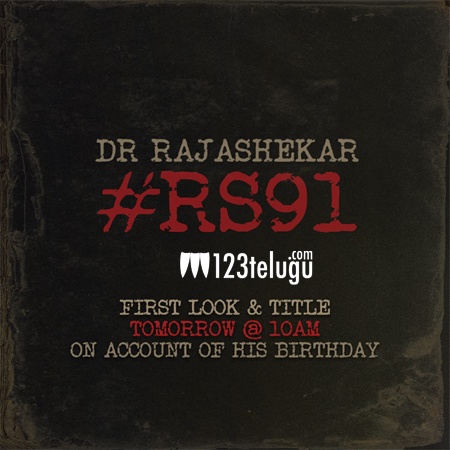 Senior hero Rajashekar successfully battled COVID-19 last year and spent some quality time with his family for the last few months. And it’s time for an update on the actor’s new film which marks his 91st project.

Rajashekar will be celebrating his birthday tomorrow (February 4). On this special occasion, the film’s first look and title logo poster will be out tomorrow at 10 AM. This as-yet-untitled film is rumored to be an official remake of the acclaimed Malayalam thriller, Joseph.

Debutant director Lalith is directing Rajasekhar’s 91st film and Jeevitha Rajashekar’s daughters Shivani and Shivathmika are bankrolling it along with MLV Satyanarayana.