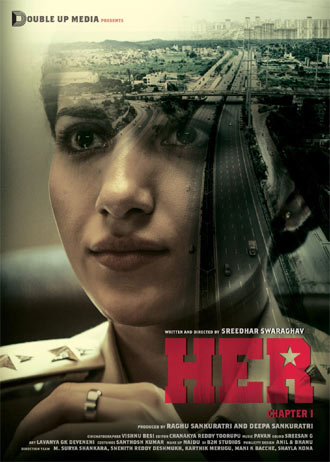 Actress Ruhani Sharma, who recently scored a decent hit with Meet Cute series, will be seen next in an investigative thriller titled HER – Chapter 1. Written and directed by Sreedhar Rao, the movie has made the headlines again.

The makers took to their official handles and unveiled the first look poster of the film. Ruhani Sharma is playing the role of an ACP. The film also has Vikas Vasishta as the lead actor.

Jeevan, Ravi Varma, Pradeep Rudra, Sanjay Swaroop and others played key roles in this flick, which is the maiden project of Raghu Sankuratri and Deepa Sankuratri under Double Up Media Pvt Ltd banner. The mystery thriller’s music is composed by Pavan. The flick’s shoot was over and is due to for a release.