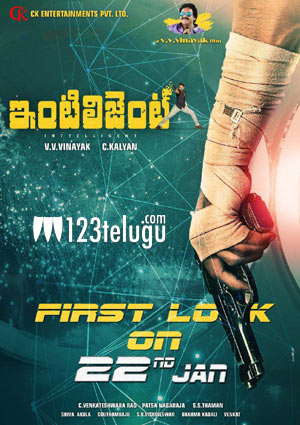 Young hero Sai Dharam Tej’s upcoming film is Intelligent in star director VV Vinayak’s direction. Touted as an action family entertainer, the film’s entire shooting formalities have been wrapped up today. Intelligent will be hitting the screens on February 9.

As per the latest updates, Intelligent’s first look will be released tomorrow. Lavanya Tripathi is the film’s leading lady and C Kalyan, who has scored a hit with Balakrishna’s Jai Simha this Sankranthi, is the producer. SS Thaman, who is riding high on the success of his recent compositions for Sketch, Tholi Prema and Bhaagamathie, has scored the music.